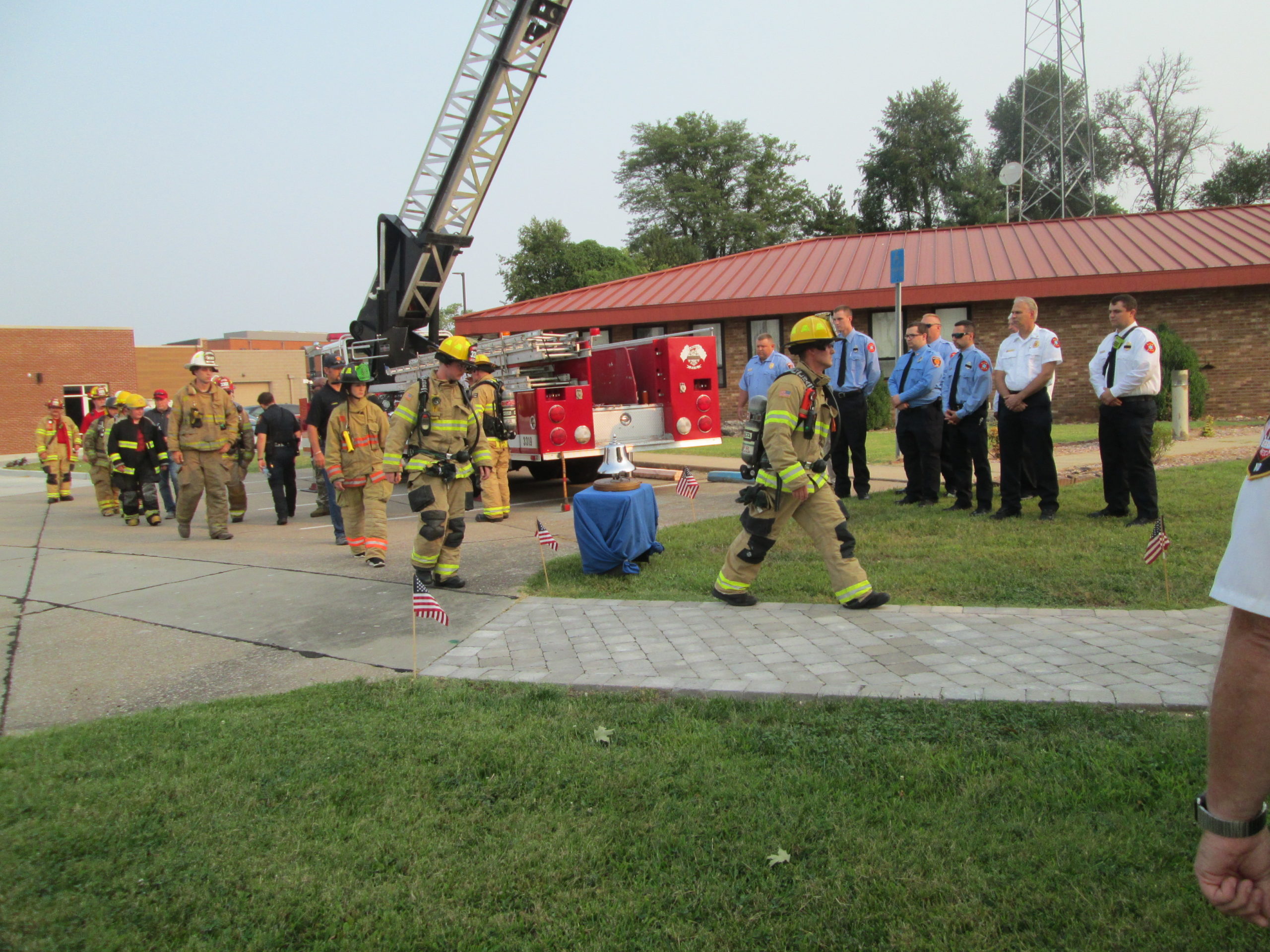 As 9/11 walking firefighters made their way to the memorial, each clanged the bell before taking their places. Photo by Christine Pagano

Members of Jackson Fire Rescue set out at 7:15 a.m. Saturday in full gear to walk from Old Cape Road to Fire Station No. 1 on Hope Street in an effort to honor the 343 New York Fire Department firefighters who lost their lives on Sept. 11, 2001.

Saturday was the 20th anniversary of the attack by al-Qaeda terrorists who hijacked jetliners and crashed them into the Twin Towers of the World Trade Center in New York City, NY, the Pentagon in Arlington, VA, and a farmer’s field near Shanksville, PA.

The Hazmat 1 truck drove ahead of the walkers, offering water at 11 stops to keep the walkers hydrated.

The crowd at JFR’s 911 memorial waited for the firefighters to arrive for an 8:45 a.m. reading of the names of the 343 New York Fire Department firefighters who lost their lives on Sept. 11, 2001.

Judy Klaproth Gentry, retired from a 36-year career in law enforcement, was ready with a flag to greet the returning firefighters along with family members. She said, “Isaac (her grandson) held his flag out the window,” on the way to the event. Firefighter Michael Gentry was among those walking. Kyler Gentry, Isaac Lanigan, and Michael’sfiancé, Amanda Jackson watched in anticipation as JFR returned and rang the bell before taking their places around the memorial.

Pastor Jacob May of Christ Lutheran Church in Gordonville offered a prayer recognizing the magnitude of those who ran toward the devastation 20 years ago on that fateful day. He also asked the crowd to remember Sept. 12, 2001, when families and community came together to check on each other and grieve.

Deputy Chief Sean Mitchell led the memorial walk participants away from the 9/11 memorial at the close of the ceremony. As they filed by the bell, each rang it again.