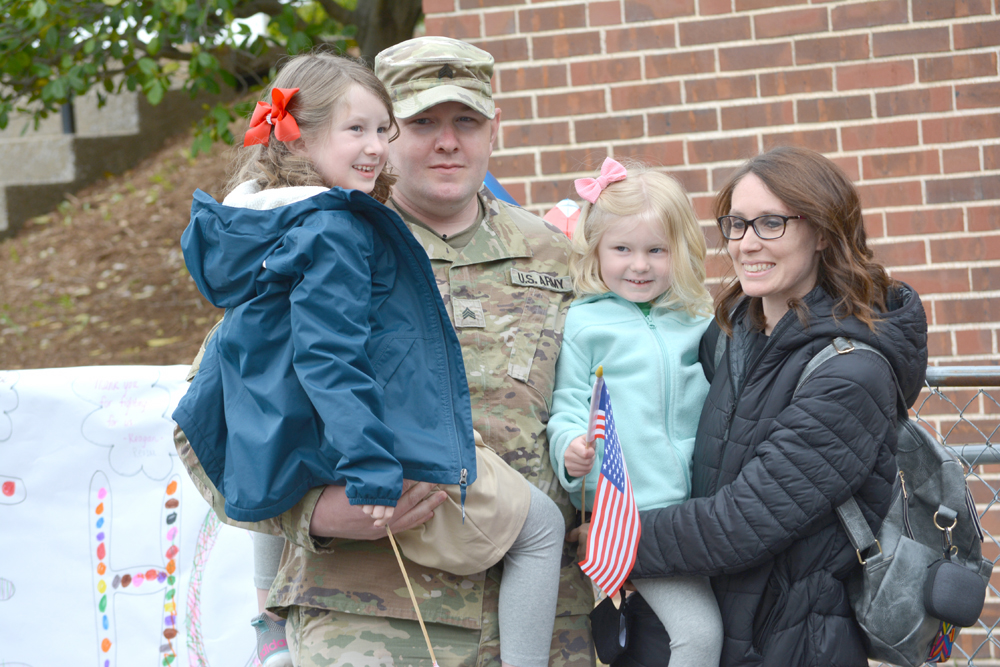 From left: Kinsley, Carl, Ella and Jennifer Lathum were reunited as a family on April 23, when Carl surprised his daughters at St. Paul Lutheran School after a nine-month deployment with the U.S. Army. Photos by Jay Forness

A Jackson family was reunited on Friday when Sgt. Carl Lathum surprised his two daughters, Kinsley and Ella, during their recess at St. Paul Lutheran School. Carl Lathum has spent the past nine months serving in the U.S. Army as a military police officer in Kuwait.

Kindergartener Kinsley and preschooler Ella were both told their father would not be coming home until school ended, so both were surprised when their father came outside while they were taking a picture near a welcome home sign Kinsley’s class made for Carl.

“It’s good to come home and surprise them – to see the look on their faces,” Carl said surrounded by his family for the first time since June 2020. “I’m pretty sure they are more shocked and surprised than anything.”

Stg. Carl Lathum with his daughter Kinsley as they are reunited for the first time in nine months.

Carl has been in the military for 11 years, having also served in Cuba and Qatar. He said he would be home “for a while” this time.

Carl’s wife and Kinsley and Ella’s mother, Jennifer Lathum, said she decided a while ago that they would surprise the girls at the school, and she thanked the St. Paul staff for organizing the return.

“The girls love their daddy, so they’ll be very thankful to have him home all the time,” Jennifer said.

Jennifer works in St. Paul’s preschool extended care, having Ella with her a few days a week and working down the hall from Kinsley’s class. “We appreciate St. Paul and everything that they’re doing for us,” Jennifer said. “We’re glad to have Daddy home.” 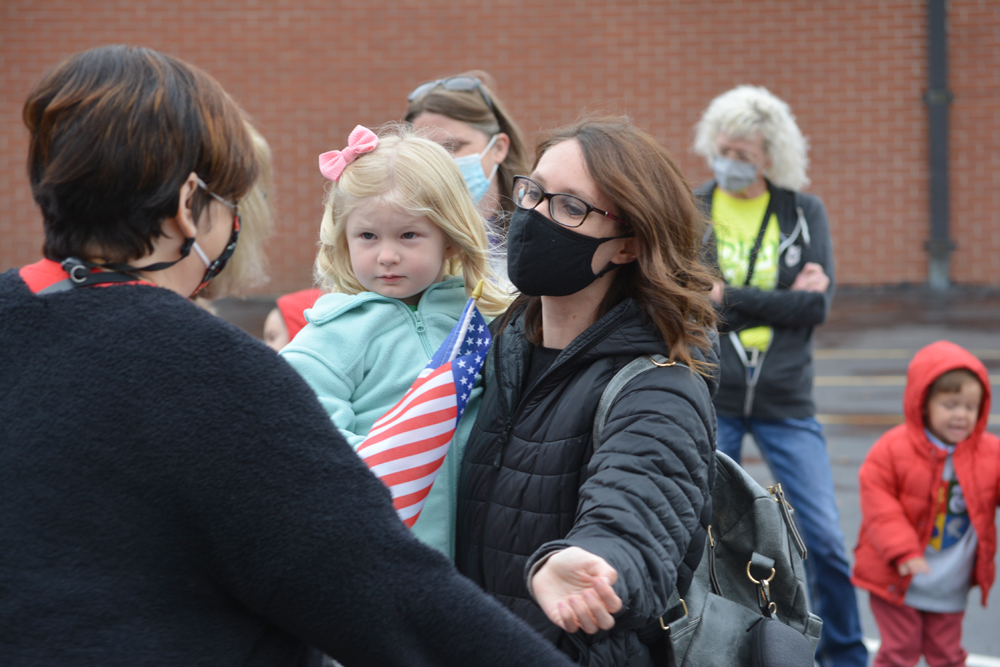 Jennifer Lathum, carrying her daughter Ella, goes to hug St. Paul Principal Lisa White at the surprise reunion for her husband and daughters on Friday.

Adele Esselman, Kinsley’s kindergarten teacher, had every student in the class write well wishes on the welcome home sign for Carl. The class took a picture with the sign, which the daughters were told would be shown to their dad when he came home later that night.

Esselman said the daughters also had a paper chain they used to count down the days until their father’s return. “My heart is just bursting,” Esselman said.

“The first time I met Carl was on the phone during a teacher conference. He was doing P.T. so he was running,” Esselman added. “Serving his country was foremost, but he still had love for his family to be on the phone with us.” 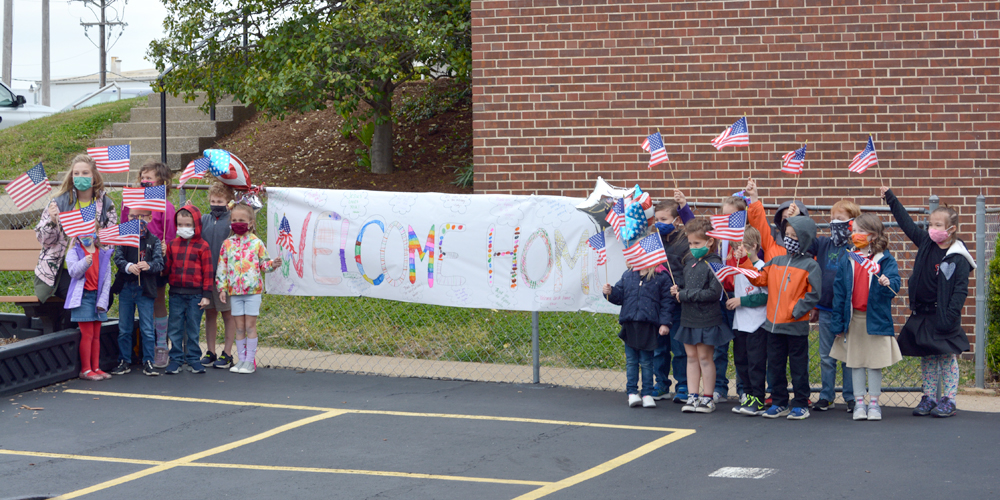