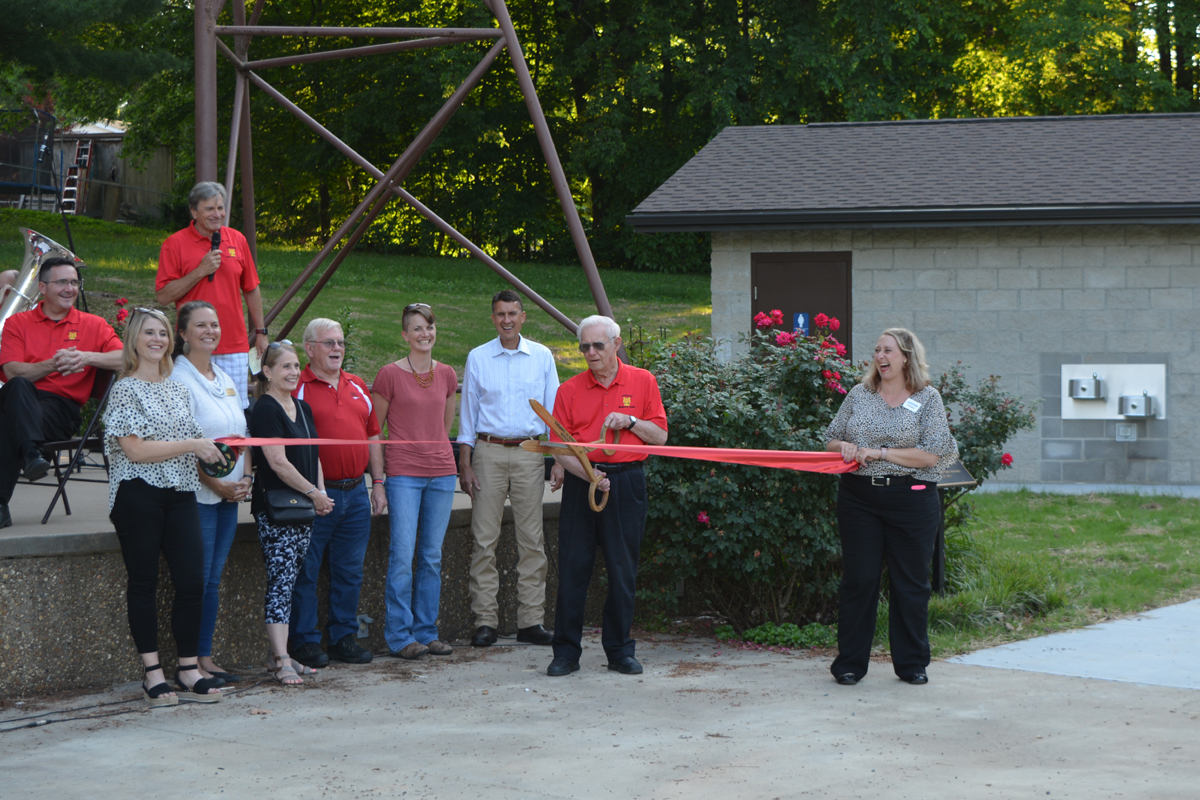 A ribbon cutting for the new band shell restrooms was held on June 3 before the first Jackson Municipal Band concert of the 2021 season. Photos by Jay Forness

As this summer’s Jackson Municipal Band and Rock in the Rock Garden concerts began last week, residents were able to see several improvements to the park facilities.

The Jackson City Park saw ribbon-cutting ceremonies marking the opening of the new restrooms near the Leist Memorial Band Shell and the new stage in the Rock Garden this week.

The new 520 sq. ft. handicapped-accessible restroom facility was donated by the Municipal Band to the City of Jackson.

The value of the donation, which includes the detached building, heating, pedestrian sidewalks, security lighting and renovations to the existing band shell, is estimated at $260,000.

“This represents a great partnership that started in 1920, when the Municipal Band was formed 101 years ago, and has continued and strengthened to today,” Mayor Dwain Hahs said at the ribbon cutting before the first band concert of the season. 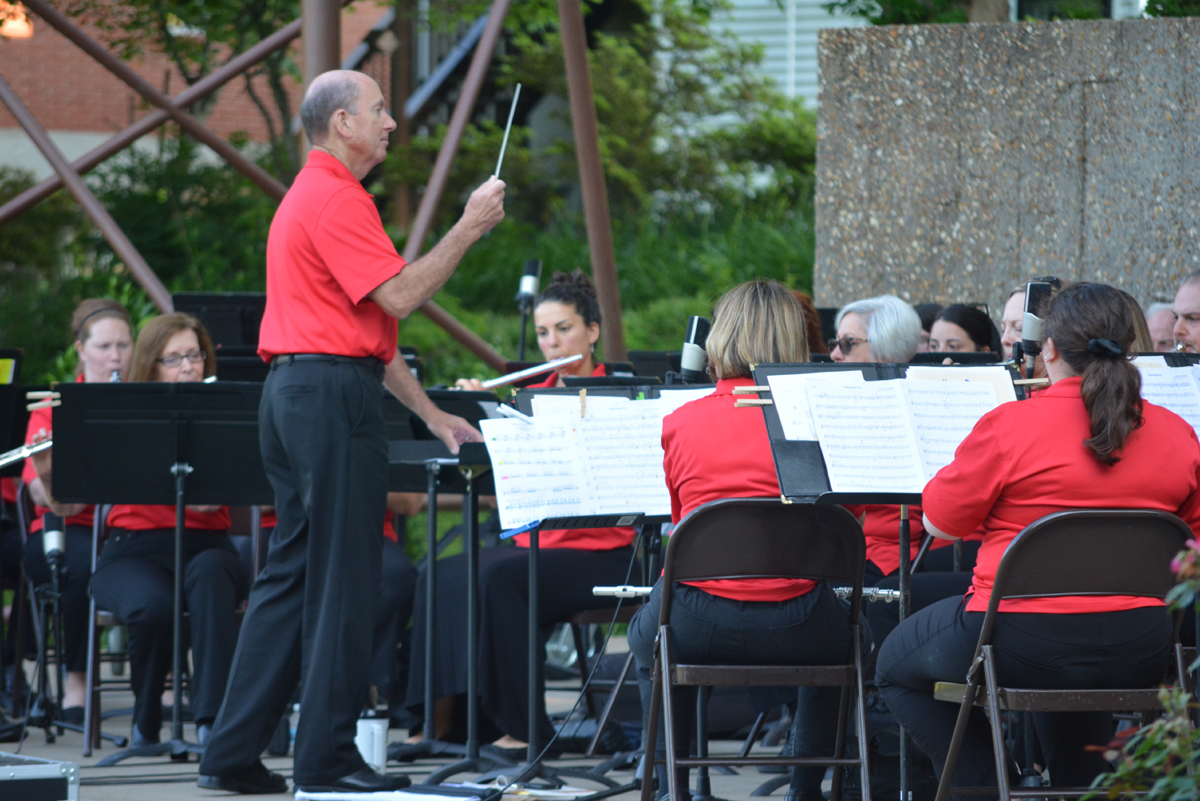 During the concert on June 3, the Municipal Band debuted the song it commissioned for its centennial, “Bring Thee Praise,” composed by David Gillingham. The piece was scheduled to premiere last year but was delayed due to COVID-19.

“Bring Thee Praise” used the melody of the Jackson High School Alma Mater as its inspiration.

The piece was still able to mark an anniversary for the band, as 100 years ago the band performed its first concert.

The Municipal Band will play free concerts in the park every Thursday through Aug. 5, except for the week of Homecomers (July 29).

A ribbon cutting was held at the Rock Garden in the park on June 4 to celebrate the completion of a new concrete stage.

Work on the stage, which is used for the Rock in the Rock Garden concert series, was donated by Penzel Construction and Fronabarger Concreters. Although the stage is poured concrete, it was made to look like the surrounding rocks.

The Rock Garden also debuted new lighting and electrical work during its first concert of the season with Doug and Mark Rees on Thursday.

The 12th Rock in the Rock Garden season will continue every Friday in June.

Hahs thanked everyone who volunteered their time and money to help the City Park. “It just continues to grow, and the park is really a special asset to us,” he said.

Hahs estimated that more than a thousand people use the park in a single day. 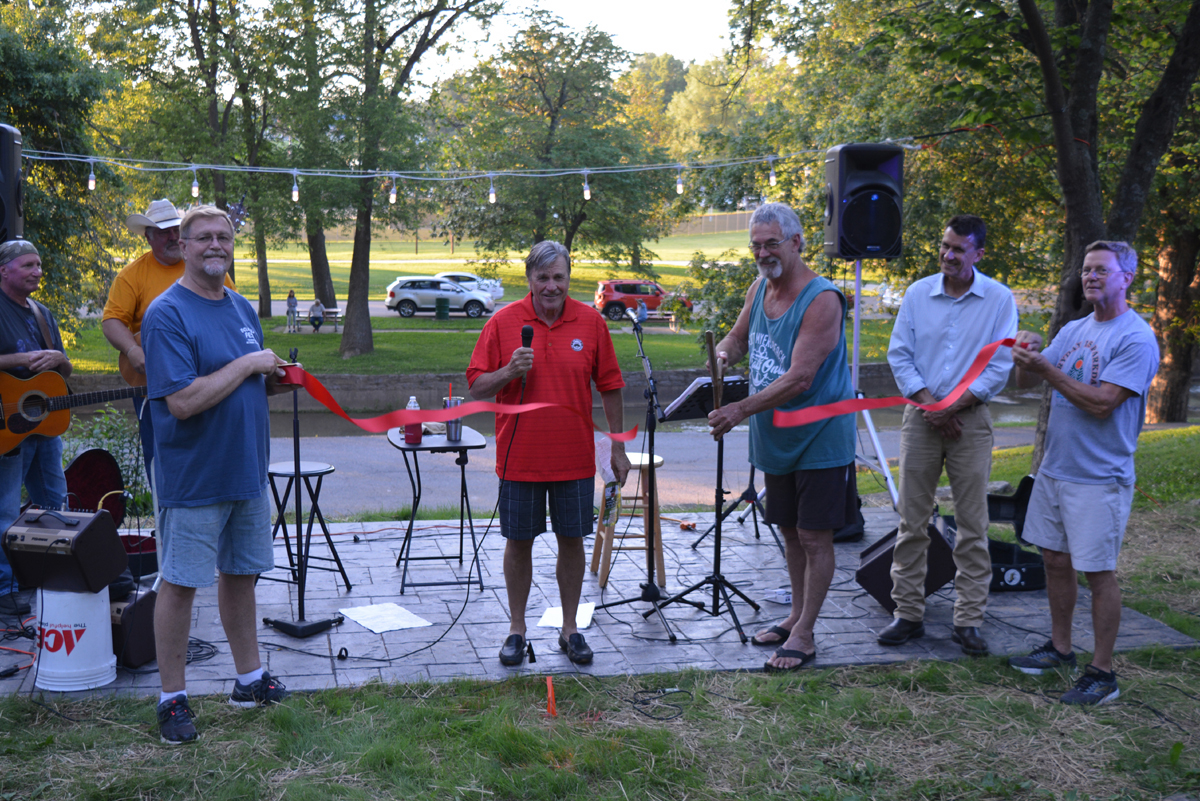 A ribbon cutting for the new Rock Garden stage was held on June 4, before the Rock in the Rock Concert with Doug and Mark Rees.