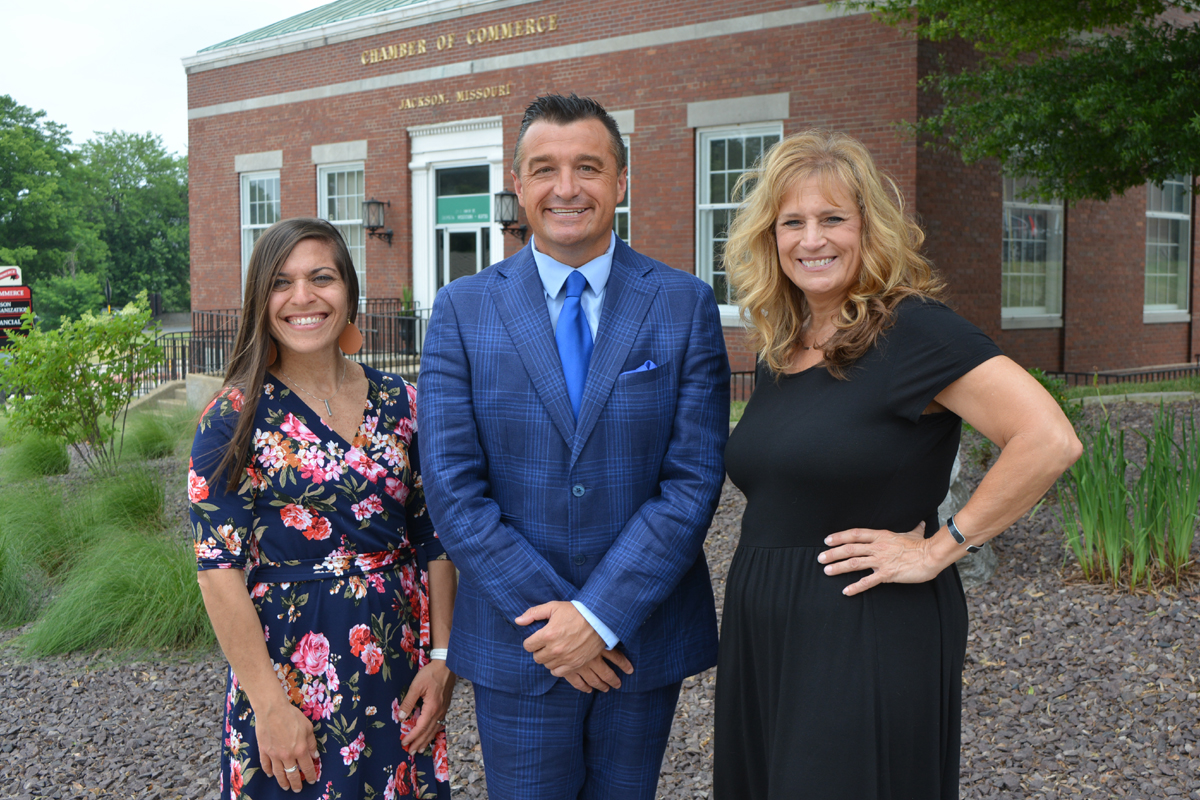 The Jackson Area Chamber of Commerce is celebrating its 100th anniversary this month, as it was formed on June 2, 1921. Since its inception, the Chamber has supported and helped grow the Jackson business community.

“We’re excited about being around for a century,” Chamber President Brian Gerau said. “If you look in Jackson, there are very few businesses that are over 100 years. There’s only a couple that come to mind, so that’s rare when you can be around for 100 years.”

While the Jackson Chamber started small with only 40 citizens attending the first meeting in 1921, the Chamber has now grown to have over 500 members.

“I think we are extremely personable with our members,” Gerau said. “We care about each member, and to me it doesn’t matter the size of their business – they could have 1500 employees or 15 or 1. We treat everybody equally, and I think that shows in our membership and our sustainability.”

Gerau credited the Chamber’s ability to not only grow it’s membership in recent years, but retain members as the reason the Chamber has been able to make it to this historic milestone.

“We have had kind of a grassroots approach to our membership and accessibility is key,” Gerau said. “Whenever somebody walks into our building, they have always had access to the Chamber staff.”

The Jackson Area Chamber of Commerce retains 90-95% of its members every year, which is significantly higher than the national average. Gerau said that even held true this year, despite the uncertainty caused by the COVID-19 pandemic. “We didn’t lose any more members than we normally do,” Gerau said. “Our drop-off rate was the same – it was actually a little bit less than last year.”

Gerau said the Chamber has slowly gone from a more social-oriented organization to becoming more business oriented over its 100-year existence, and the past 10 years have been focused on moving beyond the traditional “big three” chamber offerings – networking, business breakfasts and business after hour events.

“We’ve tried to not be the norm,” Gerau said. “We tried to add new programs and be really good at economic development and working with the city and the state. I think that kind of helped with our growth and our sustainability.”

“I don’t think we would have ever been on that stage 20 to 25 years ago,” Gerau said. “We would have been good, but to win that award you have to be great and that has to do with our growth and being active on a statewide stage.”

Since then, the Chamber has continued to receive awards, which Gerau now says is a yearly mission. Last year they received a Business Retention and Expansion Award for the Chamber’s work with the industrial and manufacturing industry within the state, and in 2018, the Chamber received the Award of Excellence from the Chamber of Commerce Executives of Missouri (CCEM) for the Chamber’s Women’s Impact Network (WIN) program.

“The Women’s Impact Network program is probably our most successful program that we have right now with the chamber,” Gerau said. “They meet every other month for a luncheon and topical speaker, and they get well over 100 women for every WIN event.”

“It’s a great accomplishment for my staff and the chamber to have had our program awarded on a statewide stage, especially for a women’s leadership program that we would have never thought of having 10 years ago, let alone 100 years ago.”

The WIN program had its first in-person event since spring 2020 in April after going virtual during the past year due to COVID-19. The Chamber also got creative with some of its usual events during the pandemic, including hosting its annual banquet at the Rock ‘N’ Roll Drive-In on March 3. Guests could stay in their own car and see the awards presented on the movie screen.

“2020 was a really weird year for the Chamber because we had to completely change our ideology to a certain extent,” Gerau said. “We were always going to promote our businesses and really try and do everything we can to help our businesses, but we went from a typical chamber to basically becoming an information organization.”

The Chamber switched gears during the COVID-19 pandemic and worked closely with state and federal agencies to make sure local businesses were informed about safety protocols and best practices. “That was our role for basically 12 months,” Gerau said.

Gerau did say that the response from members after events were held in-person again after the lockdown has shown how much he missed these networking events.

“Jackson people want to be in person,” Gerau said. “They want to talk with their friends, they want to meet new people. The Business Breakfasts and Business After Hours are a great tool for that and people really missed them.”

The Chamber sold its current location, which was the former Jackson Post Office, in April with the intent to move to a larger, more modern location in the near future.

“This has been home for me for 12 years now and it is a nice historical building, but our Chamber is growing,” Gerau said. “Our staff has grown, our programs have grown and we kind of outgrew this building.”

Gerau added that another factor in selling the building is they don’t want to have to focus on the maintenance of an older building instead of having the sole focus of helping other businesses grow.

The Chamber will still be located in the old Post Office until they find the perfect new location. “I don’t want to move again in another two to three years,” Gerau said. “I want to be there until I retire.”

Gerau, who started as executive director of the Chamber in 2008 and followed in the footsteps of Ken Parrett and Marybeth Williams, said he was looking forward to being a part of the continued growth for the Jackson Area Chamber of Commerce over the next century. “I think a chamber will grow with its community, and it’s my goal to see the city of Jackson grow within its limits,” he said.

Looking back at the Chamber’s history, Gerau said he was proud of how the Chamber has become more welcoming and inclusive, as well as be able to impact statewide officials and members more easily due to technology changes.

“The fact that we’ve been able to grow and sustain over 100 years is something I’m proud of,” Gerau said. “And as things change over the next decades, we will change with it and we will be as resilient as our community is and just as strong, if not better.”