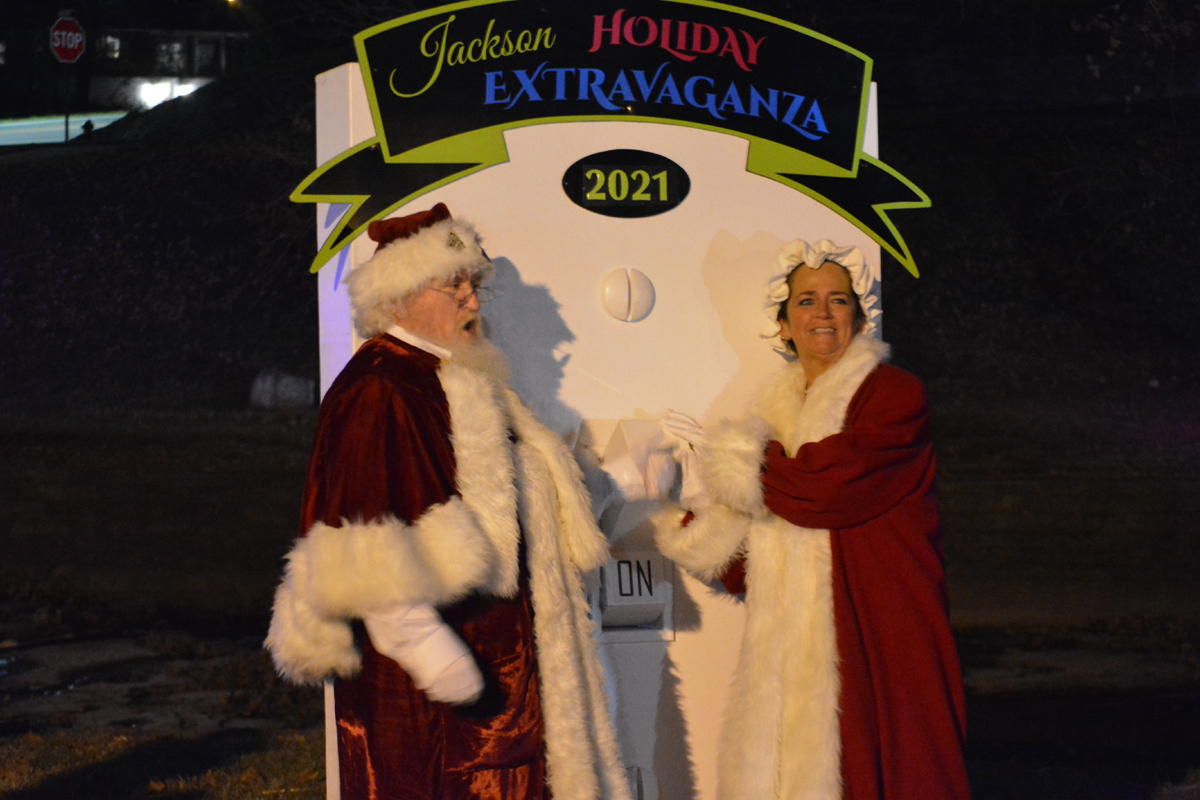 Santa and Mrs. Claus flipped the switch to turn on some of the holiday lights in the Jackson City Park on Nov. 27. Photos by Jay Forness

A crowd gathered at the Jackson City Park on Saturday to see the Christmas lights turn on for the first time this year. Santa and Mrs. Claus flipped the switch at 5:30 p.m., turning on the colored lights around park trees.

Santa was also seen at the Jackson Civic Center earlier on Saturday for the Jackson Holiday Extraganza, where children could play games, make crafts and meet with Mr. and Mrs. Claus from 3-5 p.m.

The holiday lights will remain in the City Park until New Year’s Day. 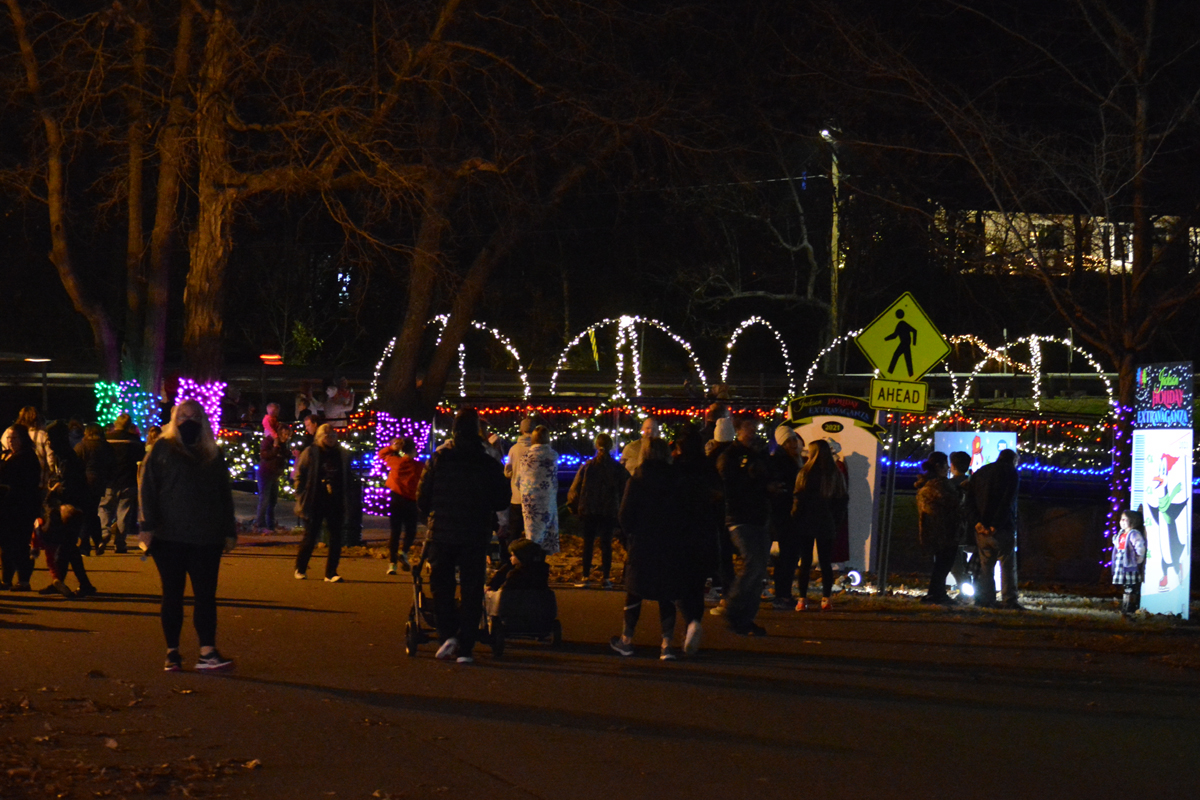 A crowd gathered on Nov. 27 in the Jackson City Park to view the holiday lights for the first time this Christmas season. 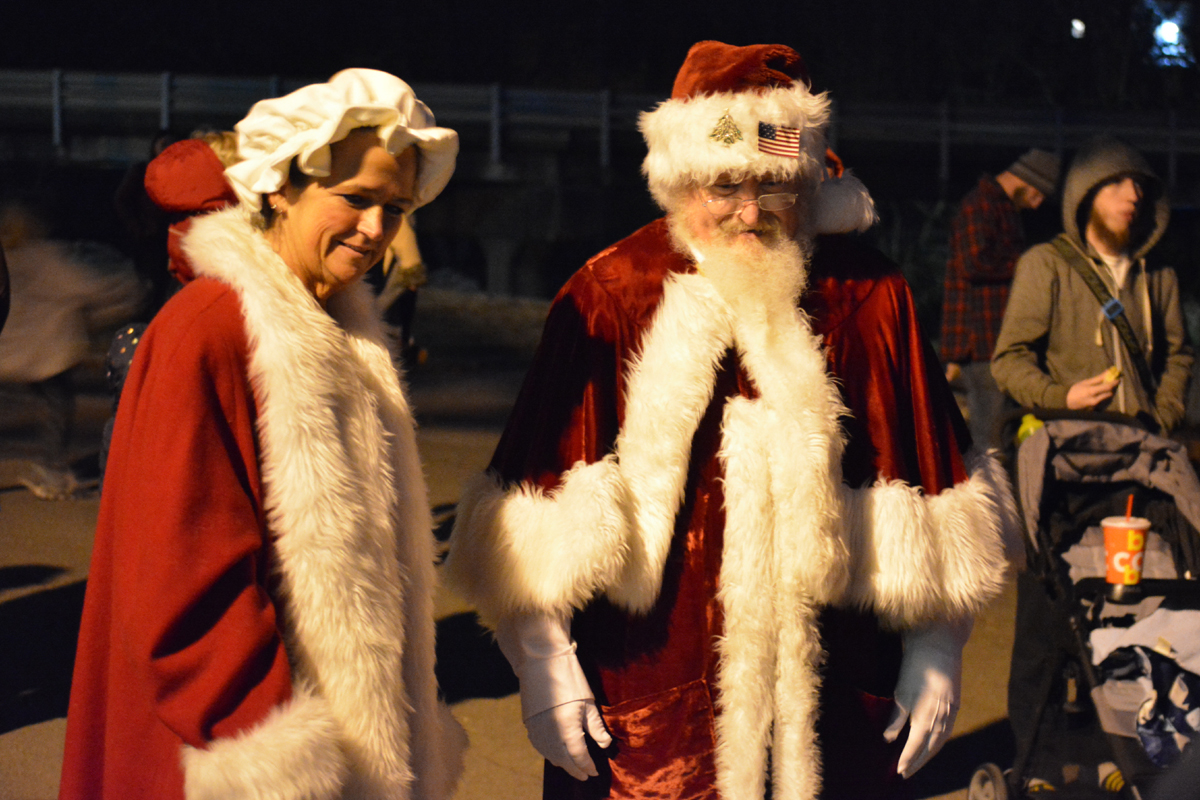 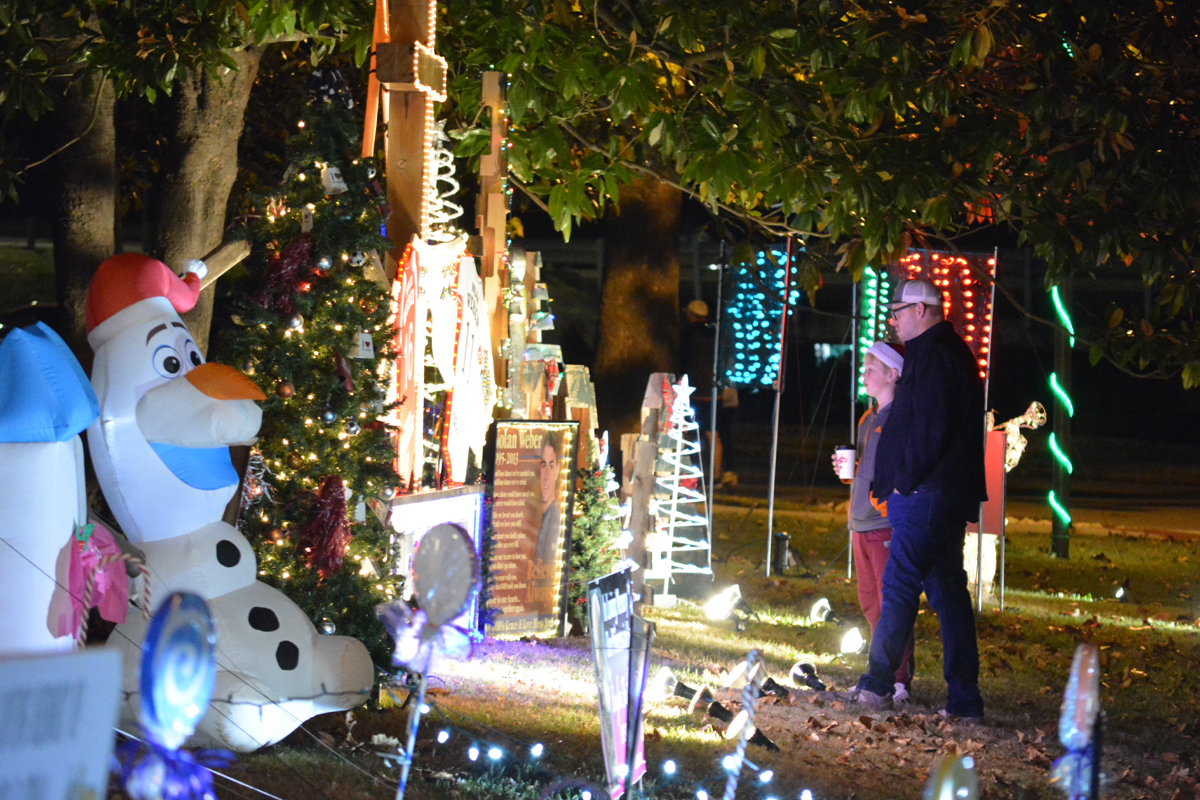 Visitors looked at the Christmas light displays on Nov. 27, the first night they were lit up this holiday season. 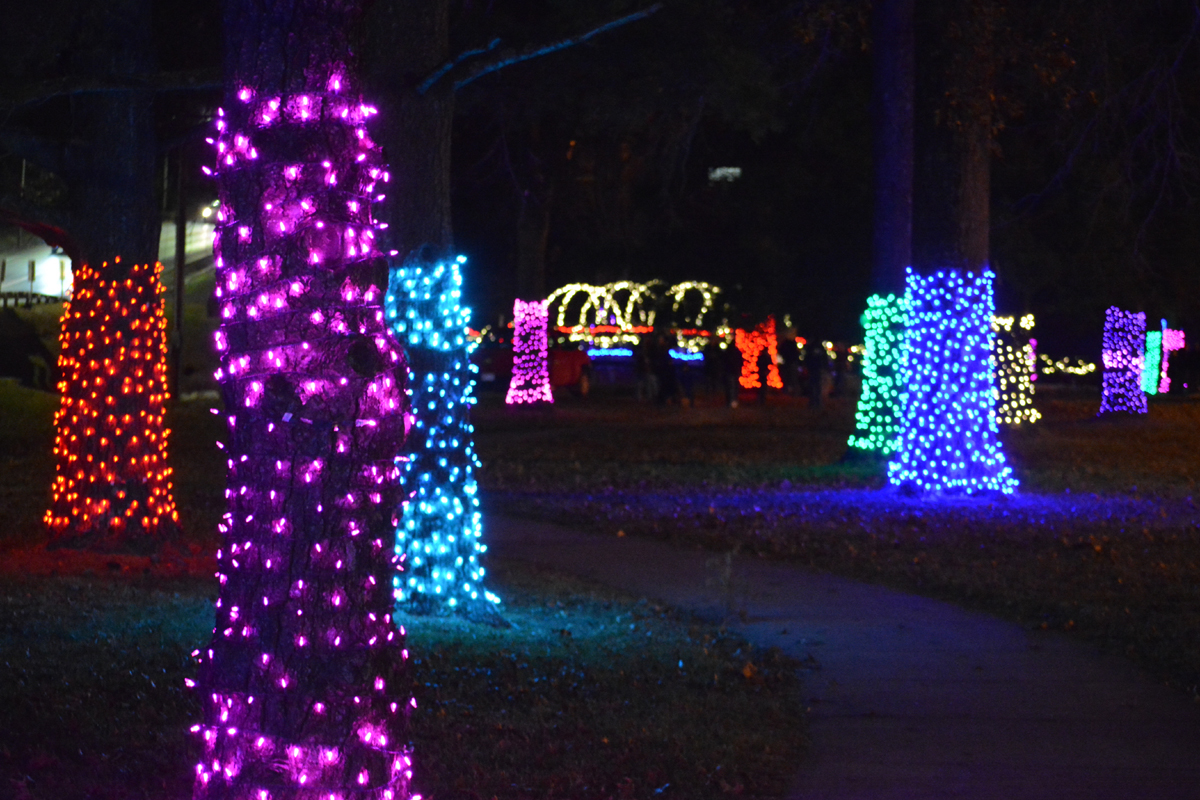 The holiday lights will remain in Jackson City Park through the end of the year.