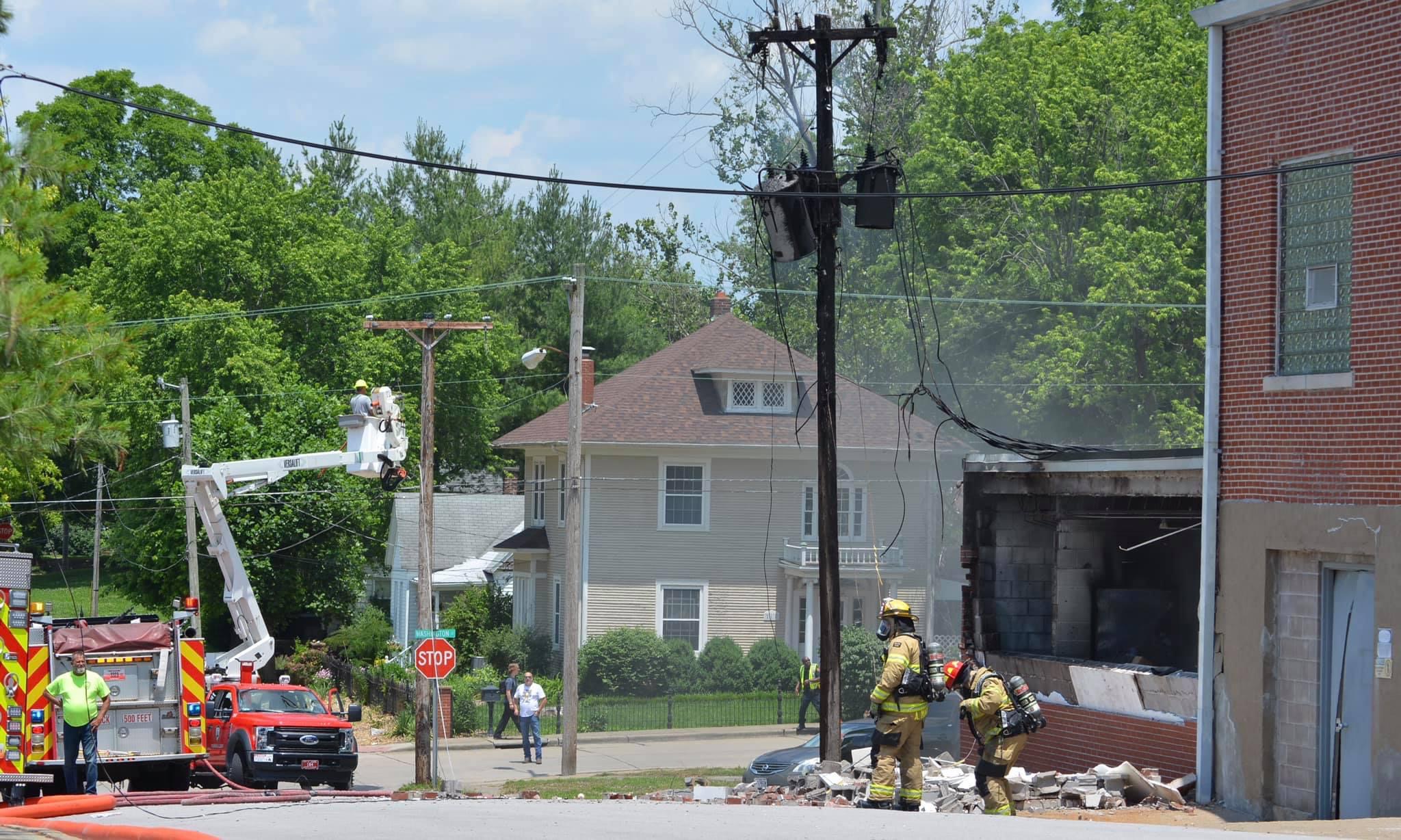 Jackson Fire Rescue and City of Jackson workers at the scene of the explosion and fire at the Lenco building Friday afternoon. Photo by Nick McNeal

An explosion and fire was reported around 12:46 p.m. on Friday, June 11, at the secondary Lenco building on the north side of Main Street in Jackson. The fire engulfed a nearby transformer, causing some power outages in the area.

“Upon our arrival, we had heavy smoke and fire coming out of the back left corner of the building and there was debris lying everywhere,” Jackson Fire Rescue Capt. Robert Greif said.

Three workers were in the building at the time of the explosion, but no injuries were reported. The cause of the fire is still under investigation, but Greif said the fire was accidental.

According to Greif, workers were cleaning up equipment with a grinder near a vat of paint and volatile chemicals at the time of the explosion.

“We believe that when they started grinding on the machines, some sparks went around the flammable liquids which made the liquids catch on fire,” Greif said. “As it started building up, there were some stored chemicals of the same type and the stored chemicals exploded when it built up enough heat.”

Greif said there was a significant amount of damage from the explosion but not from the subsequent fire. The back wall and adjoining walls all had heavy damage, with the top of the wall nearest Russell Street blowing off during the explosion.

Greif said the fire did not spread beyond the back room, allowing the fire suppression to run smoothly.

“We used a minimal amount of water,” Greif said. “Believe it or not, we had the fire contained with probably 800 gallons of water. Most of the contents in that section was noncombustible and the building is masonry so there wasn’t anything to burn on the building.”

Along with Jackson Fire Rescue, the Jackson Police Department, Cape Girardeau Fire Department and Fruitland Fire Protection assisted at the scene. Greif estimated around 24 first responders were on the scene during the fire.